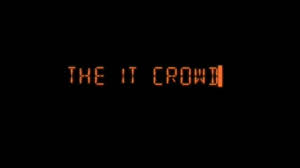 Looking forward at the start of the year is always a tricky thing to do and 2014 will see the inevitable march towards increased certification within the Agile sector (whether we agree, or not), but there is another major trend we should keep our eye on.

Platform as a service (PaaS), as a part of the cloud computing revolution, has now taken a significant foothold and 2014 will see more and more companies essentially bypass their own IT departments.

Indeed, IT departments need to be wary of the challenges that lay ahead. For many decades they have held a unique position within their organisations, holding many of their senior executives to hostage with a language and operational outlook all of their own. Traditionally, mainstream management have avoided too many clashes with their IT guys.

How many of us have heard tales of projects running out of control, or initiatives which can’t take place at the allotted time, because the IT department will not be budged from their own timetable, or modus operandi. This is not because they are bad, but because they are doing their best to protect the organisation from itself and the perils that lurk beyond the firewall.

In a way, senior management have brought this situation upon themselves, because they don’t have the background, or expertise to properly oversee the IT function. This lack of proficiency rebounds on them, as they struggle to cope with something they cannot understand.

So throughout 2014, expect to hear of many IT departments being moved from their entrenched position in the basement, to somewhere up in the clouds.

Another trend will be the increased popularity of Agile training courses as the practice becomes accepted more widely in all aspects of industry.

It’s good to see that the UK Government is itself becoming more Agile and this is likely to increase over the next 12 months.

But there is one note of caution in all this. It’s great that Agile is becoming mainstream (Storm’s recent involvement in a major academic study confirmed that), but we should guard against some of its finer principles and ambitions being taken over and hijacked by those who by now might feel threatened by its advance, and wish to tame it through conventional command and control management which has prevailed for so long.

We are set for interesting times ahead!