Is Your Agile Head in the Clouds? 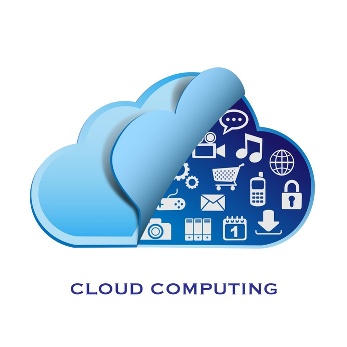 Is Your Agile Head in the Clouds?

On a recent trip to South America, partly to spread the word about agile process improvement on another continent, it was time to catch up on some background reading and one blog in particular caught my attention.

It was entitled “RIP, the server. It’s time to breathe the air of cloud connection,” and it was written by one Peter Coffee of salesforce.com.

The blog summary really resonated with me: “Today, running your business on private servers is on the same level of odd behaviour as carrying scuba tanks to provide a private air supply.”

Make no mistake about it, there are good reasons for nearly all businesses, most local authorities and many governments, to migrate to the cloud as quickly as they can.

For the most part, it’s safer, faster, cheaper and more reliable to pay Microsoft, or Amazon, to provide the core services needed by a modern organisation. Indeed, so many large organisations already outsource their internal infrastructure to providers such as HP and Fujitsu, that it’s a relatively insignificant step to take, and one that’s sure to prove more popular with users.

When the software being used is overwhelmingly Oracle’s and Microsoft’s, then why wouldn’t you want those providers to lay-on the software as a service, rather than take the gamble of trying to run their software yourself as a service to your users?

We’ve worked with governments in the past who refused even to consider cloud services because it meant using data centres that were outside their political boundary. Yet the benefits of having a firm like Microsoft maintain their own operating systems, on their own preferred hardware platform, installing their own patches and updates, far exceed the risks of having to run a team that maintains Microsoft’s operating systems on a third party hardware platform.

If anything, organisations are held back not by cloud services, but by internal services. One of the very same governments that refused to entertain cloud services because the data centre was outside their country, had an agency whose ITIL service desk had completely broken-down. Users were frustrated not by the server service, but by the way they didn’t get any support.

It took another government agency 11 months to simply connect two servers together. The problem in this case were the three-way tensions between the internal customers, the internal IT team and the outsourced firm who controlled the infrastructure.

Here, dear reader, is what “The Cloud” represents. It is your opportunity to divest yourself of the responsibility of running, maintaining, supporting and providing the server hardware and software that your organisation requires. It simply moves from an internal responsibility, to an external responsibility. But make no mistake about it – you still need servers. It’s not a “RIP servers”, just goodbye to your own servers. And good riddance we say.

You still need software and hardware. It’s just that you’ve moved from directly funding the facilities, hardware, software and people to make it work – to buying it as a service from a third party supplier who provides exactly the same.

The cost saving is provided because the third party is better than you are at providing the facilities, hardware, software and people. Chances are, that’s likely to be true. Having experienced the pain of building it for ourselves, we actually gave-up on our own Microsoft server infrastructure in favour of the Office 365 cloud service. For a low monthly fee it was simpler to use the Office 365 service than maintain an AD server and backup, an Exchange Server, a CRM Server, a SharePoint server, and an Index server. It’s now a service we recommend to anyone who uses Microsoft for email, or intranet / extranet.

A final thought. If you are moving to “the cloud” you might want to make sure you move to “The cloud”, and not to “A cloud”.  It turns out there are people out there still selling closed networks from the 80s and 90s that have been re-branded to match the bandwagon.

Be warned, not all clouds have a silver lining!