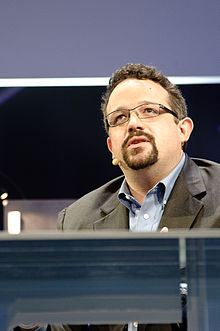 We have an admission to make. We are self-confessed devotees to the Evernote application, so it was good to read on the BBC website a profile of its boss Phil Libin. Evernote suits the Agile process, because it brings order where there is chaos, structure where there is, er, collapse; well, you get the picture.

Evernote, a product of that ever-bountiful Silicon Valley, started five years ago and is already worth $1 billion. Given some of the prices being paid for tech start-ups, that might seem a bit dull these days, but Evernote is carving out its own future and is not hanging its tale for the one of the biggies to come along and swallow it up.

Indeed, there were rumours last year that Google ran the slide rule over the company, but decided they could do it better themselves. Suffice to say that, happily, Evernote is still around and Google is doing its own thing – although, we cannot think of its name right now.

Libin sounds the sort of boss you could get on with, mainly because he doesn’t have that master of the Universe persona which corporate PRs love to peddle at every opportunity.

Indeed, the 43-year-old is painfully shy. He admitted to the BBC: “If I’m at a party, I’m usually the guy standing to the side pretending to check emails on my phone. But I’m trying really hard to get better. I have handlers who point me at the right person to talk to.”

Most bosses we’ve had would never admit to that; they would be the ones holding court, whether everyone else wanted to listen, or not.

Libin’s main skillset is obvious to him and the team around him: “I’m a good editor – I can pull things together and remove the 80% that is not useful. Most companies need someone like that.”

Come to think of it, removing 80% of the superfluous rubbish is what Agile is all about.

And Libin’s track record speaks volumes: he’s already built two other tech companies and sold them for $26 million and $24 million.

Evernote, simplistic in its ability to store and catalogue information needed for business and personal lifestyles, now has over 90 million users.

Reports suggest that the company is planning an IPO and we would like to add our hope that Evernote remains independent and does not get devoured by one of the tech giants.