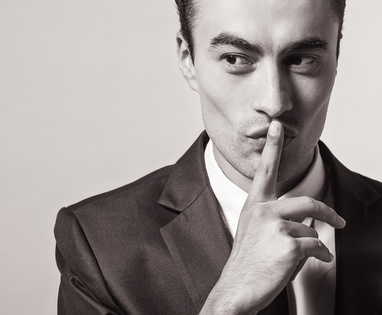 In a previous post I looked at Scrum’s regular planning meetings as a way of doing Agile Delivery. You can read that post Use Scrum Planning Meetings for Agile Delivery.

There are two other planning activities which are crucial to Agile Delivery success. They are easily-missed in the Scrum Guide, and the need for these meetings often becomes apparent only when teams have been in Scrum for a while and can’t understand why they have not made the performance breakthroughs that were expected.

Key to a successful Sprint Planning meeting and the success of the Sprint following is proper planning. As a general rule, it takes twice as long to prepare as the meeting takes to run. If you are following the Scrum guide that’s an eight-hour planning meeting to prepare for a four-week sprint, which requires 16 hours of preparation time! If you do a a two-hour Sprint Planning meeting, the need for preparation beforehand will be hugely amplified and four hours’ of planning may not be enough.

The preparation needed is to sort the requirements by priority: then they must be broken-down small-enough that the dependencies are isolated; and the acceptance criteria written to the level so the rest of the team can understand the problem, design a solution together, and produce an estimate of the work involved.

In practice, much of this preparation would be done by more experienced people, who learn to spend a little time reviewing and tending their Backlog each day, perhaps in the quieter time after the 9-5 staffers have left the office. Although there’s no manager role in Scrum, Backlog Refinement as it is called, involves seven of the ten widely-recognised roles of the manager: figurehead; leader; liaison; monitor; disseminator; spokesperson; entrepreneur; negotiator. It is usually done by the Product Owner, a role often assigned to managers, and Scrum Master working together, often including some other team member or subject expert.

If the Sprint Planning meeting went well, then they probably did enough. Most rookie teams do not do enough and the Sprint Planning meeting suffers as a consequence. Whilst the authors of Scrum are prescriptive about the ceremonies and roles of the engineering Team, they carefully avoid instructing managers, suggesting only that Backlog Refinement consume “no more than 10% of the capacity of the team”.

The Release Plan is like a product roadmap, and provides transparency on high-level deliverables and how they will map to the available Sprints. It is ideally created very early in the project by everyone involved and updated frequently. It helps with prioritisation, planning, Backlog Refinement and Sprint Planning and is a vital artifact for all.

In Scrum terms the Release Plan is implicit within the Backlog but Jeff Patton’s User Story Mapping is a valuable extension to Scrum and teams benefit from the Story Mapping activity and the output produced.

Ideally displayed on a wall, a Story Map serves as a constant reminder of ‘the big picture’. It radiates the high-level plan and shows everyone the actual progress being made. A Story Map is the visual representation of your Agile Delivery plan.